Director of the Center for French and Francophone Studies 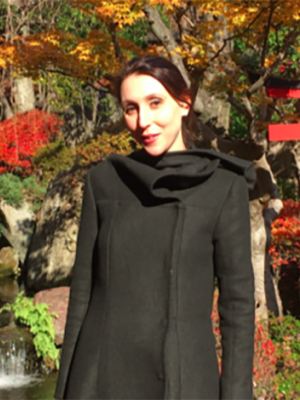 A French native, Anne-Gaëlle Saliot, Ph.D. was first educated in France at the Lycée Henri IV (Paris) and the Sorbonne, before receiving her DPhil. from Oxford University in the U.K. She then went on to lead an academic career in French Studies in the U.S. She previously taught at the University of York (UK) and the Johns Hopkins University before coming to Duke.

Professor Saliot’s research explores translations and migrations of cultural objects across epochs, and across geographical and linguistic frontiers. Her central concern is the need to investigate the relations between the nineteenth- and twentieth-century modernities and their common cultural imaginary. Her work encompasses literature, theories of the visual, film studies, and dance. She is the author of a book on the famous “Inconnue de la Seine” (The Drowned Muse, Oxford University Press, 2015) and the co-editor of the Cahiers de la NRF dedicated to Philippe Forest. Her second book, Against the Grain. Jean-Luc Godard, Jacques Rivette, François Truffaut, and the Nineteenth Century argues that the nineteenth century serves as a sort of political unconscious discernible in most of the central tenets of French New Wave and in the ceaseless productivity of its associated filmmakers. Her most recent research focuses on the perception and reception of Japan in French theory, literature, cinema, and dance from 1945 to present, and on the emergence of “néo-japonismes.” She has publications on Maurice Blanchot (Cahiers de l’Herne), Jean-Luc Godard, François Truffaut, Jacques Rivette, Alain Resnais, Maurice Pialat, Philippe Forest, Dany Laferrière, and contemporary dance. 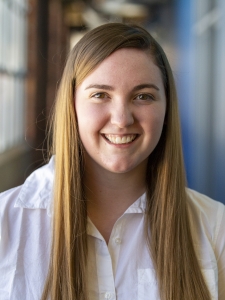 Kelsey White is originally from Texas. In 2015, she received her Bachelors of Arts in Anthropology and Government with a minor in French from the University of Texas at Austin. Before her work with the Department of Romance Studies, she taught high school Social Studies and was a coordinator for the Duke Talent Identification Program. As the Program Coordinator for the Department of Romance Studies, Kelsey will work with event coordination and communication for the department and the Center for French and Francophone Studies.