Join the Center for French and Francophone Studies and Screen/Society in celebrating the annual French Film Festival. All films will be shown in person at the Rubenstein Arts Center Theatre. All films will be introduced in English and followed by a Q&A. 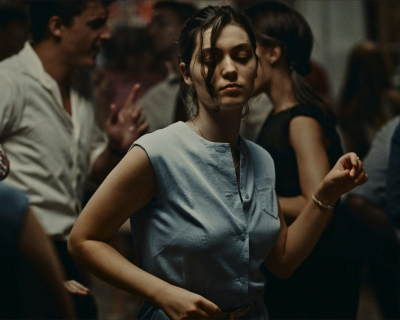 Anne is a bright young student with a promising future ahead of her. But when she falls pregnant, she sees the opportunity to finish her studies and escape the constraints of her social background disappearing. With her final exams fast approaching and her belly growing, Anne resolves to act, even if she has to confront shame and pain, even if she must risk prison to do so… 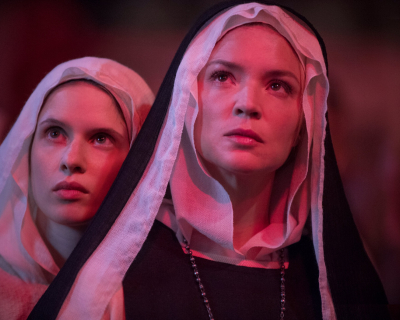 In the late 17th century, with plague ravaging the land, Benedetta Carlini joins the convent in Pescia, Tuscany, as a novice. Capable from an early age of performing miracles, Benedetta’s impact on life in the community is immediate and momentous. 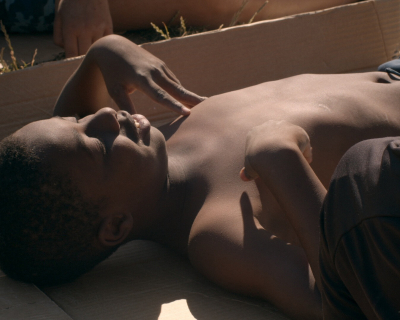 The RER B is an urban train that traverses Paris and its environs from north to south. A moving testament to the importance of filming as a process of bearing witness and remembering, We is subtle and shrewd in a world which favours shortcuts and easy answers. Justifiably adopting the fragmented structure of a patchwork portrait in order to describe a riven society, Diop displays impressive control of her essay and its impact. In the film’s first few minutes, a deer is observed, through binoculars. Isolation, discrimination and nostalgia for hierarchies, inherited from a monarchical past… Divisions haunt France’s present. But the human urge to give as well as to receive stubbornly creeps into every situation,observed or triggered. Could this be the one thing that still keeps a nation together? 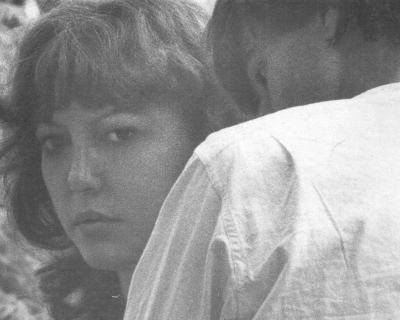 L'Enfant Secret ( 95 minutes) is a post-68 comedown film directed by a filmmaker of Eustache's generation and, until this recent print, near impossible to see. Actua 1 (6 minutes), shot during May '68, was only recently rediscovered.

Some blurbs about L'Enfant secret

"It is a singular event in Garrel's oeuvre, a quietly devastating film of almost unbearable alternations between tenderness and the harshest truths, in which the artist' realization of his ability to communicate with the world results in a windblown clarity, like clouds pushing through the sky after a storm." -- Kent Jones

"It may be the most haunted film ever made. One is struck by the sense of Garrel inventing cinema, by images that come from a time before Lumière; the characters are haunted by past lives and present possible worlds; the film is haunted by the autobiographical ‘reality' of Garrel and Nico's relationship." -- Senses of Cinema 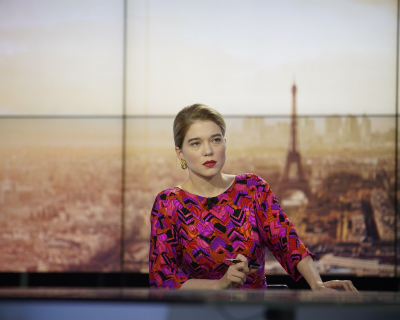 Léa Seydoux brilliantly holds the center of Bruno Dumont’s unexpected, unsettling new film, which starts out as a satire of the contemporary news media before steadily spiraling out into something richer and darker. Never one to shy away from provoking his viewers, Dumont (The Life of Jesus, NYFF35) casts Seydoux as France de Meurs, a seemingly unflappable superstar TV journalist whose career, homelife, and psychological stability are shaken after she carelessly drives into a young delivery man on a busy Paris street. This accident triggers a series of self-reckonings, as well as a strange romance that proves impossible to shake. A film that teases at redemption while refusing to grant absolution, France is tragicomic and deliciously ambivalent—a very 21st-century treatment of the difficulty of maintaining identity in a corrosive culture. 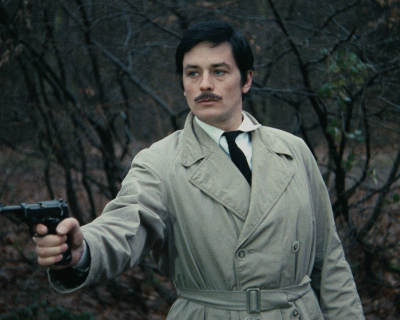 Corey is a cool, aristocratic thief, released from prison on the same day that Vogel, a murderer, escapes from the custody of the patient Mattei, a cat-loving police superintendent. Corey robs Rico, his mob boss, then enlists Vogel and an ex-police sharpshooter, Jansen, in a jewel heist. While Corey is harried by the vengeful Rico, Mattei pressures Santi, a nightclub owner and pimp, to help him trap the thieves. Over all hangs the judgment of the police directeur, that every man is guilty.