This section of our website includes News relevant to the Center for French & Francophone Studies, as well as Commentaries on events by Duke faculty, students, staff - and YOU! Your commentary, namely regarding the francophone world but also on Duke campus, or your wonderment about a new word or turn of phrase – all is welcome on our blog, in English or French. The format can be as short as a flash of wit, or as long as necessary to get an idea across. It’s your call. Send your post on French in all shapes and sizes to cffs.duke@gmail.com Thank you! 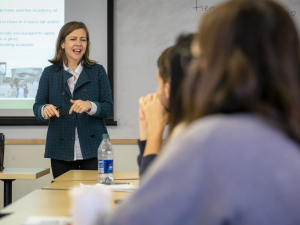 A Practical Way to Learn a Language, and a New Perspective

No matter what you’re studying, there’s no escaping the role of language. It’s just how humans communicate. Yet, there is a generation of students whose experience with language classes consists almost entirely of conversations about a single subject: travel. “Language used to be taught in a contextual vacuum,” explained Deb Reisinger, an associate professor of the practice of Romance Studies. “When adults think back on learning a language, they often recall memorized dialogues, role plays or skits where they dressed up as… read more about A Practical Way to Learn a Language, and a New Perspective » 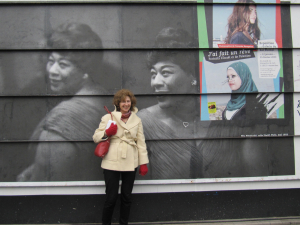 In 2011, at the unveiling of a highway marker honoring Pauli Murray — the lawyer, priest, civil rights advocate, and Durham native — Helen Solterer began a literary journey through time and place. It was there that Solterer, a professor of Romance Studies, first learned of Murray’s poetry. Solterer was particularly struck by Murray’s 1944 poem “Dark Testament,” calling it Murray’s “freedom song” about “the curse of lynching in North Carolina.” It’s a stunning work of literature in its own right, and Solterer also heard a… read more about Duke Guggenheim Fellow Asks What Makes Literature Feel Timely » 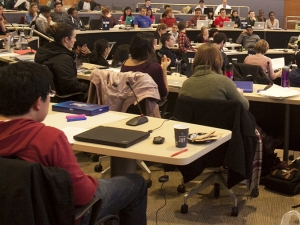 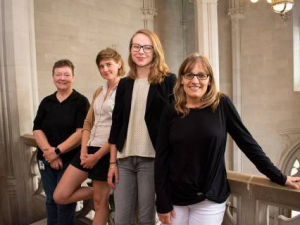 Six visiting scholars representing liberal arts institutions, historically black colleges and universities (HBCU), and Durham Technical Community College will arrive at Duke this summer to collaborate with faculty as part of an innovative humanities initiative. The Andrew W. Mellon Foundation-funded Humanities Unbounded is designed to nurture collaboration and inventive expressions of the humanities at Duke and beyond. Among other aims, it expands Duke's curriculum by launching research-based humanities labs that enrich … read more about Duke Welcomes NCCU, Durham Tech, Liberal Arts Collaborators to Humanities Unbounded initiative » 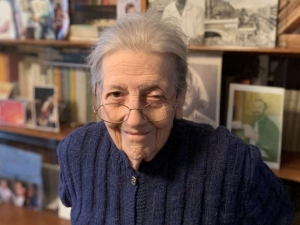 The widow who asked eight French presidents for the truth

Josette Audin spent more than 60 years asking French leaders to admit responsibility for her husband's death in Algeria. Finally, last year, Emmanuel Macron acknowledged that he had been tortured and killed in custody. At the same time, he said the archives would be opened to researchers - was this an empty promise? Full Story Link: https://www.bbc.com/news/stories-46897151   read more about The widow who asked eight French presidents for the truth » 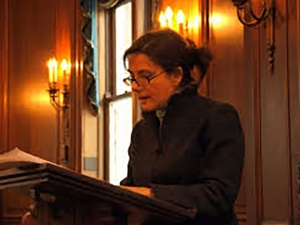 It is with profound sadness that we have learned of Pascale Casanova's passing at age 59 on September 29 in Paris. A highly innovative literary critic and a wonderful person, she had been a visiting professor in Romance Studies at Duke a few years ago. For more information, see Xavier de La Porte's remembrance: https://www.versobooks.com/blogs/4061-pascale-casanova-world-citizen-of-... and her obituary in Le Monde by Gisèle Sapiro:  LE MONDE | 03.10.2018 La mort de la chercheuse et critique littéraire Pascale… read more about In memoriam: Pascale Casanova » 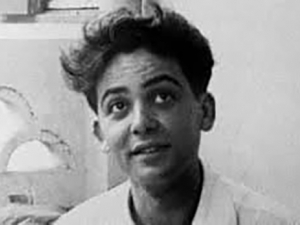 After six decades of official silence, President Macron recognized on September 13 that a youthful antiwar intellectual, the mathematician Maurice Audin, was tortured to death in Algiers in 1957 — and that torture had been part of "a system" in Algeria under French control. In the nation's name and in person, he presented his apologies to the family. Maurice Audin's daughter, Michèle Audin, herself a mathematician but also a fiction writer, was the CFFS's guest on our campus last February (see our events calendar). In an… read more about France - Algeria: Macron admits Maurice Audin was tortured to death in 1957 » 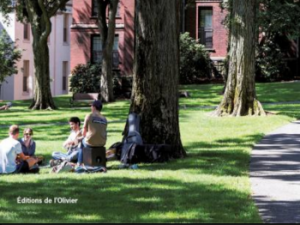 The campus novel invented by English-speaking writers made a splash some years ago, with Duke providing more than the décor.  In Changing Places (1975), David Lodge creates Morris Zapp, a globe-trotting professor of literature resembling Stanley Fish who transformed the English Department during the 1980s-90s. Now it’s the turn of a writer in France, Agnès Desarthe, whose novel, La Chance de leur vie [Editions de l’Olivier] is just out.  The scene is Earl University, in North Carolina, and the scenario, a… read more about A Novel Duke: Agnès Desarthe » 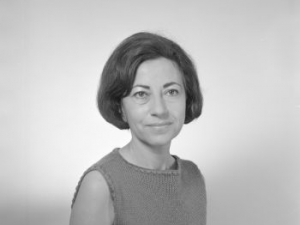 Bastille Day — July 14 — is a day to join the Department of Romance Studies in celebrating the good news of a Chair in French and Francophone Studies. The donor of this generous gift has named the Chair after one of her professors from the late eighties. Studying with Anne-Marie Bryan in French, she said, put her on a path that changed the course of her life. Who was this colleague? Anne-Marie Després Bryan, born in Burgundy, took her law degrees at the University of Dijon and the University of Paris (1941,1944), during… read more about A First Endowed Chair: Vive Anne-Marie Bryan! »

Louvre Abu Dhabi: Part of a Partnership or a Business Transaction?

In November 2017, the Louvre Abu Dhabi opened on the island of Saadiyat in the United Arab Emirates. The museum is the product of an intergovernmental agreement between France and the UAE and as a result members of the Agence France-Muséums, representing not only the Louvre in Paris but many other French cultural centers that have pledged to lend resources for exhibitions in the coming years. The UAE reportedly paid four hundred million euros for the use of the Louvre’s name in addition to two hundred and twenty million… read more about Louvre Abu Dhabi: Part of a Partnership or a Business Transaction? »

The Francophone World, a Potemkin Village

By the end of this year, the International Organization of La Francophonie (OIF) is due to release a new four-year assessment of the status of French – it should rather be a Plural: of French languages – in the world. Its last report, published in November 2014, was excessively self-congratulatory and optimistic. It hyped the “good news” that the number of Francophones in the world – about 275 million - had increased by 7 percent since 2010. But, for one, it remained unclear what level of proficiency these figures reflected… read more about The Francophone World, a Potemkin Village »